The cephalopod group comes up in a theater.

In the middle of a play a mobile phone rings, someone picks it up and answers.

One of the actors, who has to commit suicide in the next scene and carries a gun (supposedly unloaded or in jest), goes down the stage and, moving among the audience, gets next to the spectator who continues talking on the phone and asks him if everything is fine.

The spectator answers it is and puts the phone down. Was it urgent? No, a friend of mine wanted to know where we will watch the match tomorrow.

The actor tells him that his team will lose 5-0 and blows the spectator’s brain out with a shot.

The rest of the public applauds believing that it is part of the show.

The spectators who are close to the dead man shout: It is blood.

The applause melts into the cries to get a great crash.

The actor goes on the stage again, thanks for the applause and cry out: Josef K. All the actors join together.

Someone shouts: Call an ambulance. Another shouts: It is not necessary any more. 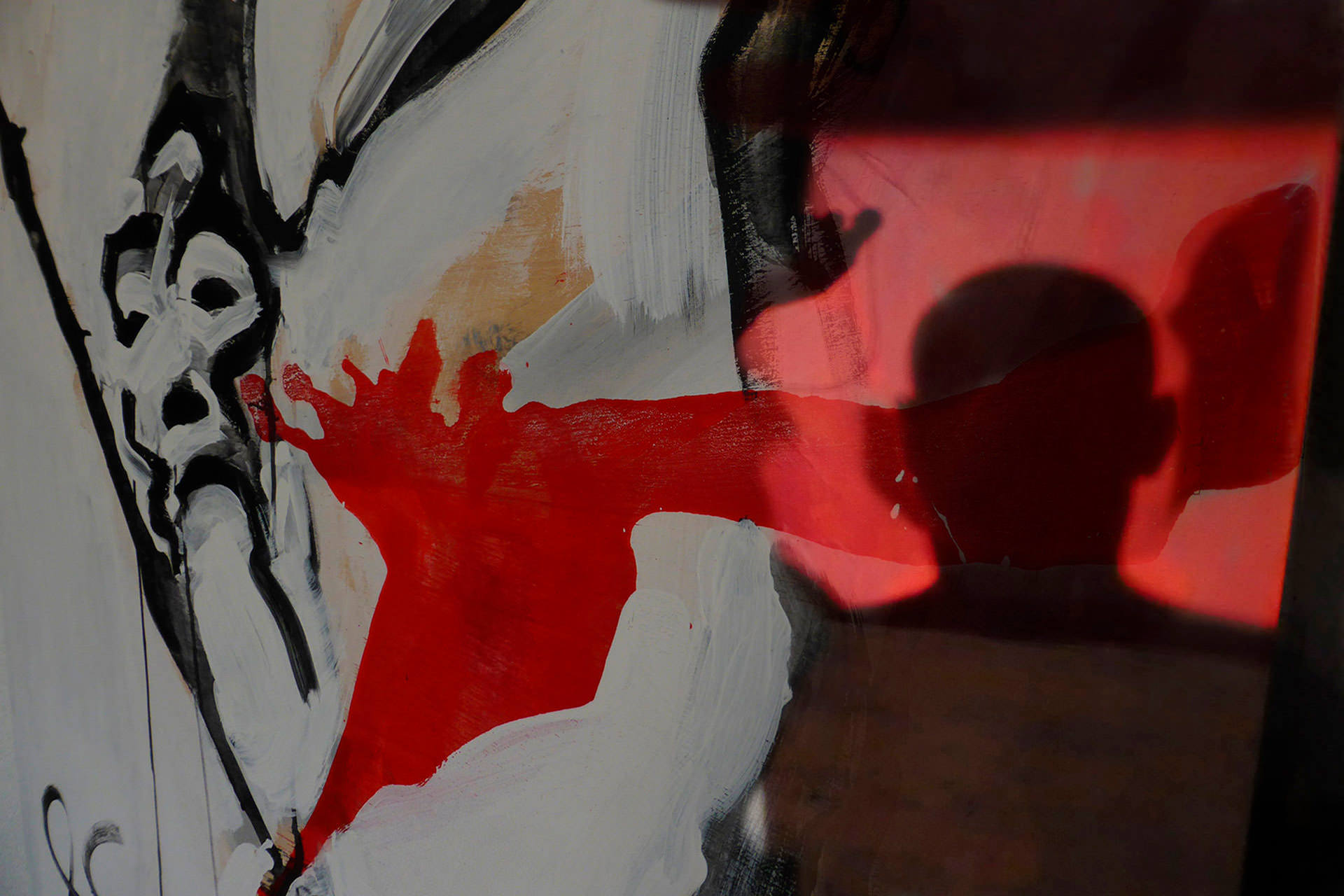 It took X a long time to commit a first crime. X doesn´t like wounds, or syringes, or suddenly launching into the sea.

Until one day someone cut with a knife and X couldn´t avoid finishing off and discovering that blood turns red because of the fright when it goes out.