UNO leaders and agents of the main arms enterprises meet with their calculators in the first Summit of Lesbos to analyse the odd phenomenon that is happening in several places of the mediterranean coast:

NUMBERS reach the beaches as if they were stickers that the waves put on the sand and rocks.

Simultaneously Kurtz and Leopold II of Belgium go up the Congo river on The Kings of mambo ship. The Nobel Prize of Peace winners face up to this adventure with civilizing and altruist ímpetus. 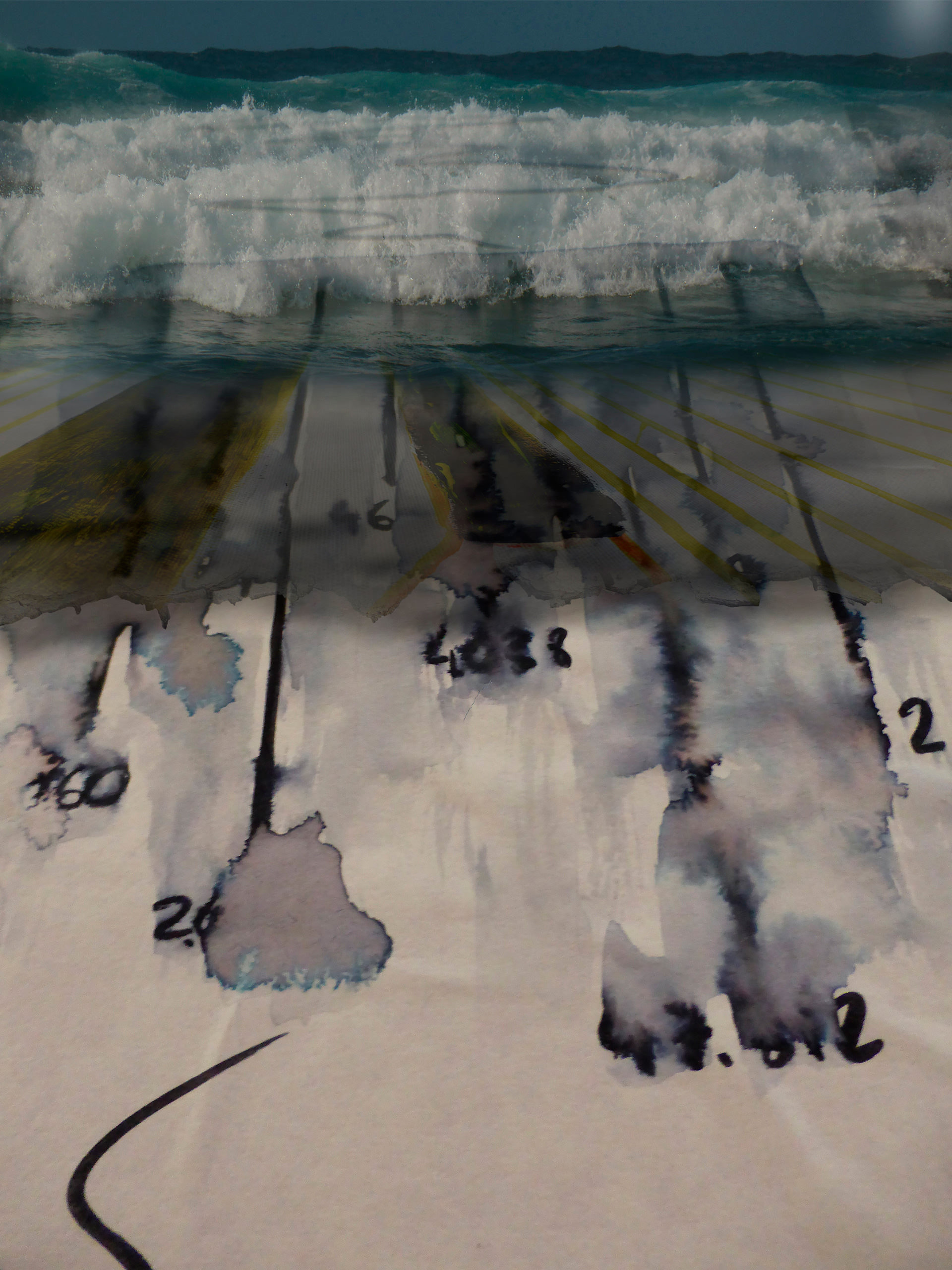 Deliria: Once upon a time there will be… (Mediterranean 1)

Once upon a time there will be some lines which will confuse with contour lines or isobars.

Some threads, which will confuse with fishing lines, will hung from them.

At the bottom of them there will be some numbers that will confuse with hooks.