A lot of calls from neighbours bring down the switchboards of hospitals and police stations in many cities, saying that they have found their relatives dead in their houses with their eyes open in front of the television with the frozen image of a figure being hoisted from the sea with the next text:

You look from the beach how the line of the horizon is thinner and thinner. You look for its opposite ends and when you find them you see two figures, far away from each other, pulling the same rope.

Above, the sky falls down and a tonne of white sheets falls over you. 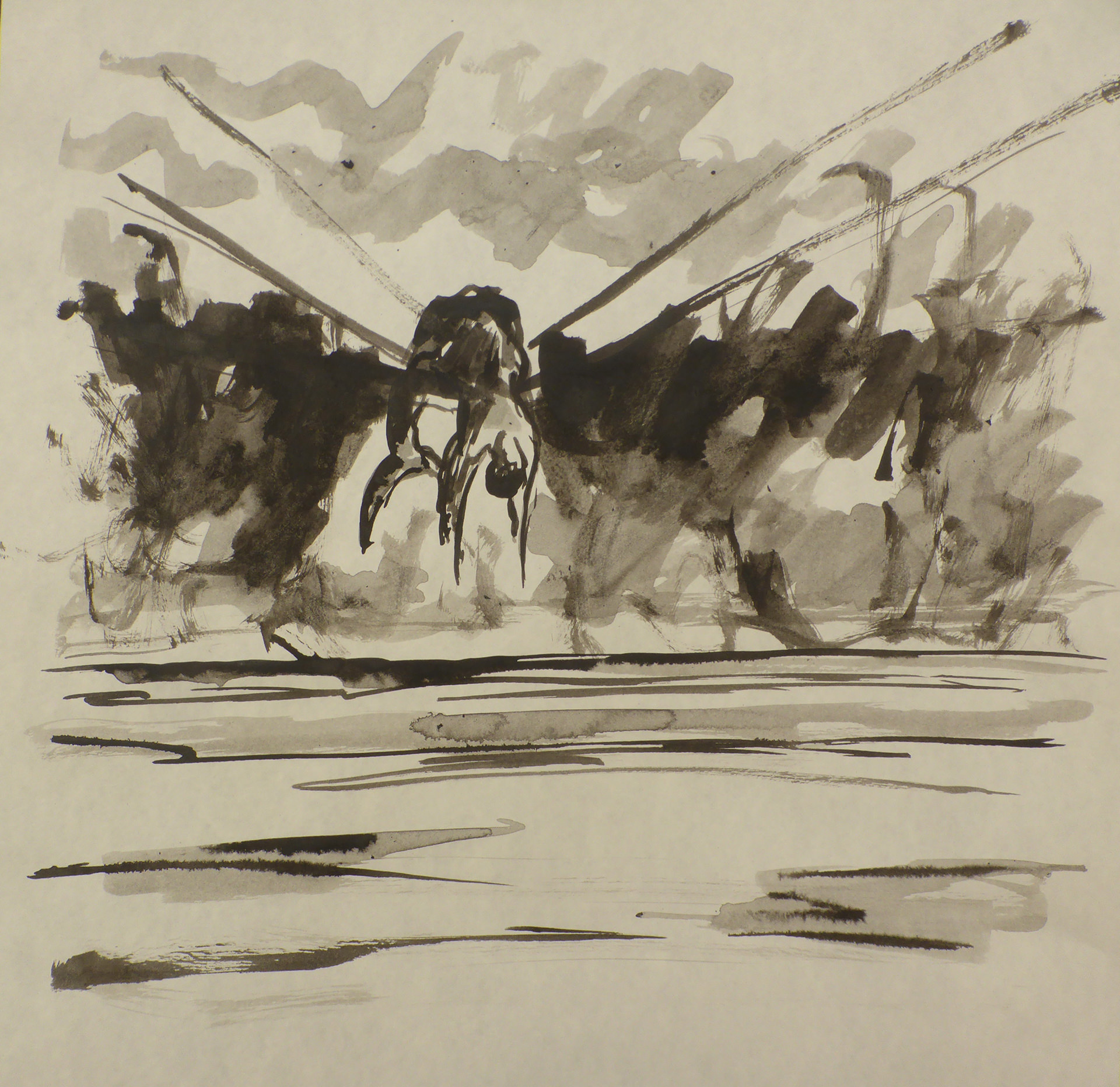 There is a room in one of the underground galleries, just underneath room number 6, illuminated by a slot machine; a figure without eyes tries to follow the movements of its lights.

Outside, in broad daylight, Pascual Duarte decided to grab some scissors; he took them, he bent down and cut the line of his shadow, like a boy who trims a paper figure.